In the name of Allah, the Most Beneficent, the Most Merciful.

WHAT A DAY! IT WAS ‘A’ FOR AWESOME! WHEEEEEE~ THANK YOU VERY MUCH, LE BOYFRIEND!

I’m too tired and lazy to recap everything in words so I’mma let some memes takeover instead. 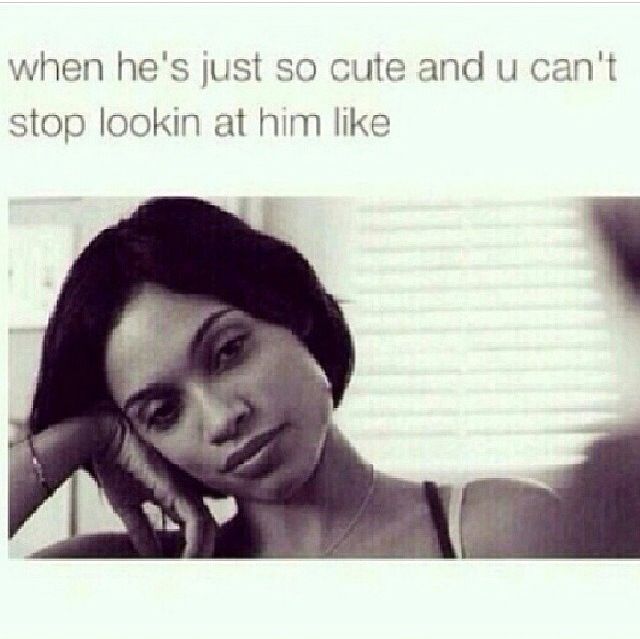 I saw him waiting for me from a distance while looking at his phone so I just pretty much stared at him, wondering if he realised I was doing so. Hmm, I shouldn’t have texted him that I was out of the place and just amuse myself with observing how long he would take before he finally noticed me looking from a distance.

But seriously, what a handsome man. Hehehe!

Anyway, we had to take bus 30 to get to his aunt’s foster sister’s daughter’s wedding at Teban Gardens. (Phew, that was a long one!) So we walked to the bus stop. While waiting for the bus he asked if I wanted anything from 7-11. I said no. Maybe I was nervous? Hahaha! But the man seemed to know what I needed even without him realising perhaps; a sweet drink and a pack of sweets. Although those were what he wanted to get and I was really not in the mood for any nibbles, those are pretty much what low-blood sugar people like me needed on long travels.

When we were travelling together on the bus, he told me to check out the spot where a piece of metal flew into his eye before. I was struggling to find it, in all honesty. Instead, I got lost in his eyes. Hahahahaha! It was so hard for me to pull away from the gaze. Huhuhu. So in the end, I gave up. I couldn’t see it. Mehs.

Well, the bus ride didn’t feel as long as estimated time of arrival goes. That’s mostly because we were engrossed in our deep conversation.

When we reached, the people he knew were very welcoming and warm towards us. I felt comfortable instantly, especially with his aunt. Even as he left me with them for his smoke break, I had no fears or worries.

We then had to leave for my sister Hidayah’s Malay dance performance at her school. Hahahaha! It was hilarious getting there in time, trying to locate my cousin, and finally trying to locate the auditorium. What an evening! So my cousin, Fahmi, ended up being the first in the family to meet le boyfriend in person, followed by my sister and her boyfriend. 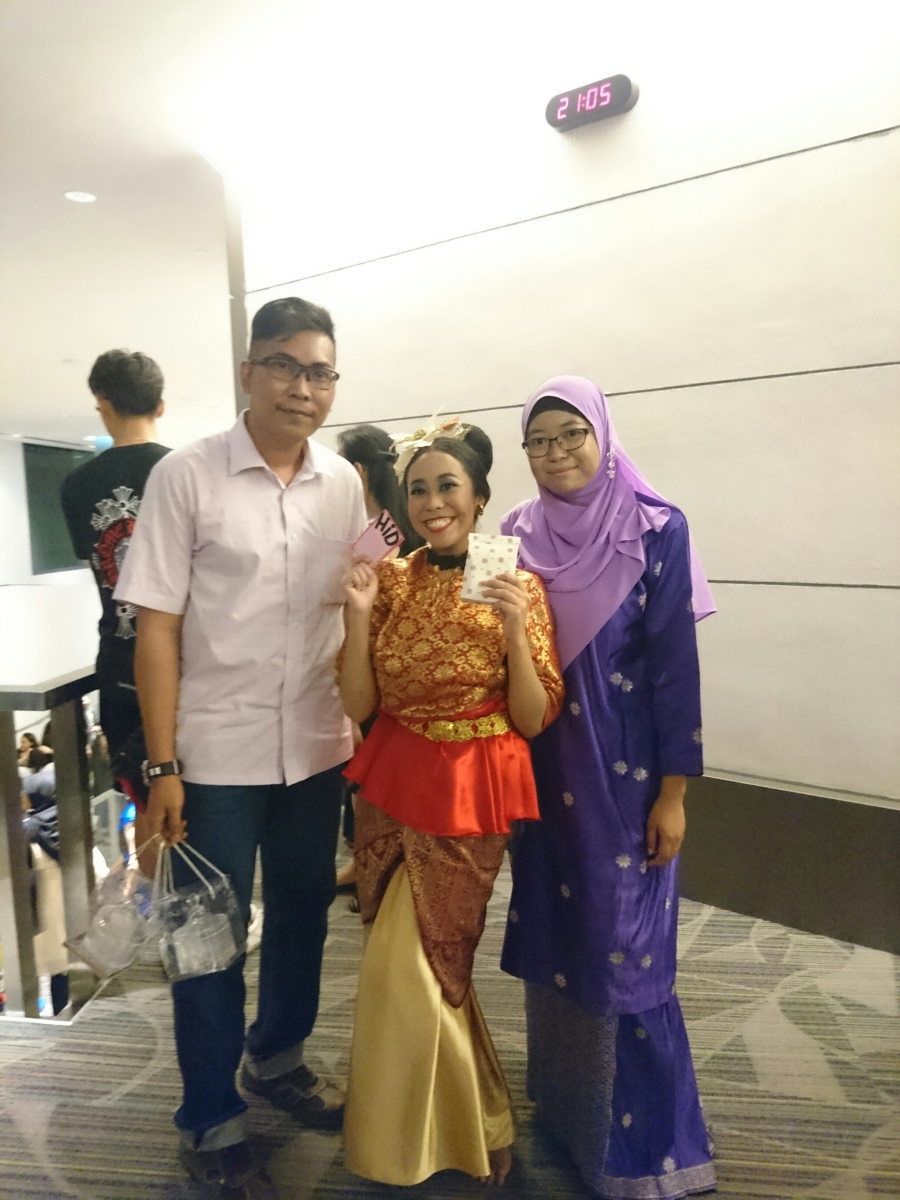 And heyyyy, one step closer to a couple photo together! Just that we have a vainpot flowerpot in between us hahahahaha! 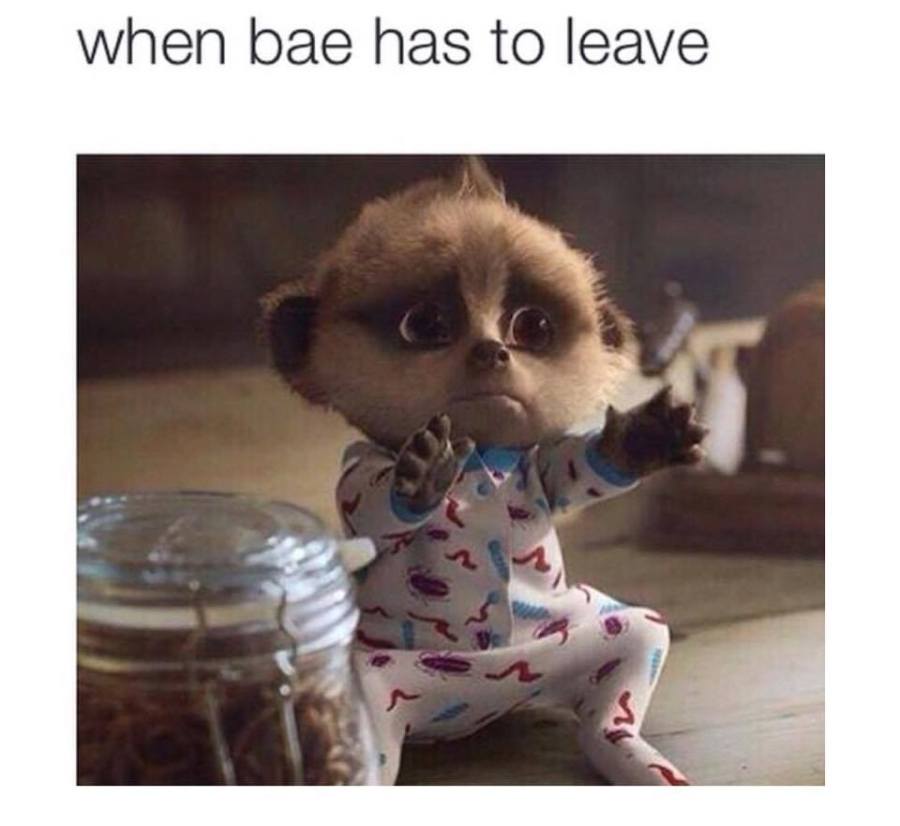 I was a bit upset when it was time to say goodbye. Don’t leave me, Bee! But of course, I acted cool and in my usual fashion, made a complete turn away from him hahahaha! He did picked up that vibe, I suppose, because he asked upon reaching home if there was something that was supposed to be said but wasn’t. So yes, Bee. That face. Hahahaha!

Well, what a first date! It was a lovely Saturdate indeed!

And hehehe, those first moments. *shy*

And He is Knower of all things. – MM

Born 1989. Female. Metropolitan Muslimah. Songstress. Teacher in the Early Childhood Care and Education sector in Singapore. Gooner since the signing of Mesut Özil on 2 September 2013. We won two back-to-back FA Cups since. Made my first trip to the Emirates on 10 May 2015 followed by my first home game against Swansea City on 11 May 2015, which we lost 0-1. View more posts